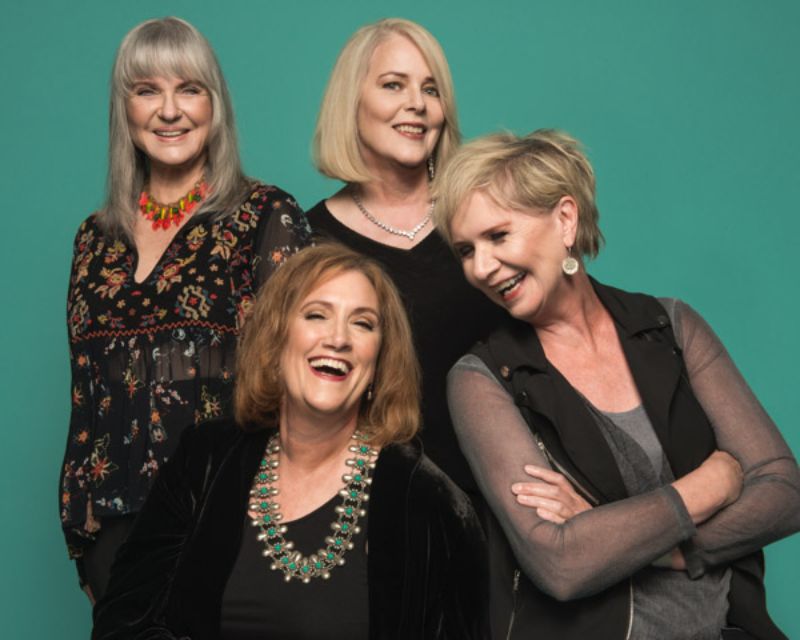 One of the best things about Christmas is the music. For Canadians, music doesn’t get much better than the sounds that come from a “Quartette” of Canada’s grandest ladies.

Quartette is bringing its Christmas tour to Southwestern Ontario for several dates, including Hamilton on Dec.5, Waterloo on Dec. 7, and London on Dec. 9.

We sat down with the legendary Cindy Church to chat about Quartette, Christmas and her passion for music.

Quartette has been around for more than 25 years. I’ve often wondered if you guys originally started this as something meant to be long-term or was it supposed to have been, a one-time project about friends getting together?
Well, in my opinion, I think a lot of times these projects that end up taking on a life of their own and lasting for a long time generally, you just go into it as a one off. That was the case with both Lunch at Allan’s and Quartette. I mean Quartette first got together in 1993 and it was, at Harbor front in Toronto and there was a big music women weekend that Derek Andrews was putting on. And so he wanted some kind of a country representation.

So we said yes, we would do this. We thought, well, we are all harmony singers, we love singing harmony, why just have it be a writer in the round thing. Why don’t we send each other cassette tapes at that time with the songs that we want to do, learn all the harmony parts, put a band behind us and make it be something big. And we did.

And the next thing we know, we were being asked when there’s going to be a CD. We were on CBC, on Peter’s Oskie and it just went from there. But yes, it was always going to be just getting together for that. And that was it. So here we are, 26, going on 27 years later.

What keeps you going this long?
For one thing it becomes as much about the friendships. I mean, we are a family and it’s a very functional family. And so it’s as much about that as just loving the music that we do. And so it really is a love of each other and a love of what we do that keeps it going. And we’ll continue to do so until whatever.

I am just going to say the traveling gets a bit tiresome, but the being together and singing together makes it all worthwhile.

What are some of the other, differences, nuances, performing as a Quartette rather than a solo singer?
Well, you get to sing harmony. And I know speaking for myself, I’d rather sing harmony than anything else here. I so enjoy it, I’ve enjoyed it since I was a kid. And so I think for all of us, it’s just getting to do all that blending of voices. We all love singing in harmony. So I mean when you’re doing a solo show, you might have a musician with you who might sing on a few songs, but just a lot of times it’s just you. And so I think we all really love working collaboratively and so, I guess that’s the big difference.

And if you’re sick you get a little help.

One super group wasn’t enough for you. You also went ahead and joined Lunch At Allen’s. So what is it with you and super groups?
They just happen. Lunch at Allen’s, was the same thing. It was just getting together for a one off. Murray McLachlan was offered a tour of Northern Ontario, North of Lake Superior to do, again, a songwriter in the round kind of a thing. And his agency was doing a lot of that stuff at the time. And he said, well, who do I have to use, they said what? They said whoever you want. And he and I had known Murray for a very long time as well, but I think, he talked to Ian and Mark about it, and said, it would be nice to have a girl in the group.

So they asked me to be a part of it and again I was just going to be for that one tour and again it took on a life of its own for all pretty much the same reasons that I talked about with Quartette. We’re just another functional family and playing together and hanging out together is just magic.

And as Ian often says, we get together for dinner beforehand, we are just as much fun and it’s just as important as our shows for us. It really is about us as people and as well as the music. I know it sounds Pollyanna-ish but it’s true.

You have some Christmas shows coming up. What’s a Quartette Christmas show like?
I love our Christmas shows. They are a combination of original material and a few well known pieces, because in Quartette we do a variety of styles. So there’s some that are a little jazzy sounding, there’s some little country sounding, some more classical sounding. We do few acappella pieces. We have a three piece band who are just fantastic. And so it’s a combination of styles all based around blending of four voices in harmonies. And just lovely pieces of music. We really love doing our Christmas show.

I think the country could certainly use a little Christmas spirit.
Oh my gosh. I mean just to get a break, come out for two hours, most of our shows are early, they start at 7:30, we love those 7:30 shows, there are a couple are eight. It’s just a nice way to unwind and just let yourself be enveloped by these beautiful sounds. The great thing about Christmas music, it’s very nostalgic. I think for me, when I hear certain pieces, not necessarily by us, but when I hear a Bing Crosby White Christmas album, I immediately think of my childhood. It was the only Christmas album we had as kids. It was always playing when we were decorating the tree. I mean, it’s a very nostalgic time I think. And the music is a big part of that.

What does Christmas mean to you?
At this point? It just means being with what’s left of my very tiny little family. I live in Nova Scotia. I moved back four years ago. So to me it means it’s not about the shopping and all of that stuff. My whole family’s that way. Most people I know who are friends of mine are that way. It’s about being together with people. I love being together with friends. I love, being with my family and just spending real time eating good food. I do love decorating a little bit. I’ve got some big fresh, beautiful berries that I picked up on the North shore of Nova Scotia on the weekend with my family. It’s just family and friends and being together and nostalgia.

What is your favorite part of the Christmas holidays? Is it the family and friends or the food?
Ooh, I think it’s all of the above. I do like a good turkey and general chilling. I think maybe a lot of people do this, and we’ve done this since I was a kid too, where you have a big Christmas Eve feast and it’s usually here. I mean in the last few years it’s been lobster and more of a seafood night. And then Christmas day is about the traditional Turkey. A big part of my life was spent around Tatamagouche Nova Scotia, on the Northumberland Strait. So that’s where I’ll be going. And there are beautiful places to go for a big hike. So we usually do that during the day, go for a big hike and when we comeback, we have dinner and I just love it and we’re in the country, so that’s another nice part of it. But I guess I do like Christmas. I sometimes think I don’t but I do.

Do you have a favorite Christmas memory?
I would say they kind of congeal into one. I grew up in the Maritimes in Bible Hill with my brother and I. He was 18 months younger than me. And we just both loved the whole magical element of Christmas when we were kids, our imaginations ran wild and it was just so magical. We decorated the tree, do you remember the tinsel that you’d hang on trees?

Yes, I remember the tinsel.
So from my room, if I could stretch my neck a little bit, I could see that tree anytime I woke up during the night. And it was just so magical, and my grandparents cooking the big feast and that kind of a thing. remember one year being part of a Christmas Eve church service at our church and I was in the choir and we did this thing where all the kids stood around the periphery and it was just all lit by candlelight. It was just one of the most beautiful things. After that, we all went down to my grandparents and had the big feast. I guess it’s just a combination of the excitement and that build up in the magic and it was just special as a kid. It was just so wonderful.

It’s been a couple of years since you last recorded a solo album. Will we get to hear more solo from you at some point?
Well, I think about that. My last one was in 2012 so it’s been a while and it may happen. My younger sister who’s 30 and she’s kind of my musical compadre and she keeps wanting me to do a country thing. It was what I grew up with and what my career was largely based around with traditional country stuff and I would love to do that. So I haven’t ruled that out. So we’ll see.

Last question for you: What is one thing you think fans would find surprising about you?
Oh, gosh, I don’t have a clue. That’s a hard question April. 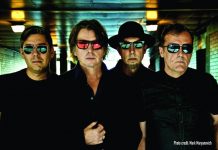 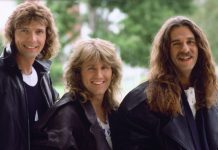 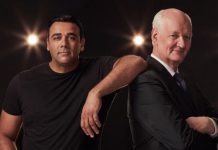 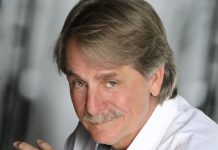 Jeff Foxworthy Laughing along with the King of Redneck Comedy 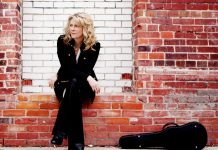 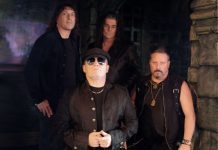