Former Styx frontman Dennis DeYoung is back with the second volume of his fond farewell to recorded music, “26 East, Vol. 2.” As with the preceding volume, “26 East, Vol. 2” once again hints strongly at DeYoung’s rock roots with Styx and it doesn’t get any better than this. For fans, it’s the second part of the epic music they’ve been wanting for years.

The album stands up with the best of the best of Styx – the Crystal Ball’s, The Grand Illusion’s, the Paradise Theatre’s. It’s a master perfecting his craft and ending it all on a high note.

There isn’t one song on either of these two volumes that wouldn’t fit in a classic Styx show. Even the title of the collection is a tip of the hat to Styx history: “26 East” was the address where DeYoung grew up in Roseland, IL on the far south side of Chicago. This is where the band was formed in his basement in 1962. Across the street lived the Panozzo twins, John and Chuck, who along with DeYoung would go on to form the nucleus of Styx.

The album even ends with The Grand Finale, a touching performance of the epilogue masterpiece from The Grand Illusion – a fitting farewell to a rock and roll legend.

The Last Guitar Hero is a great lead single at the album’s release and has the power and pop sensibility to be a hit, should rock radio choose to play it. It captures the essence of the decline of the rock music, performed with a passion by one of rock’s legacy heroes.

The song Proof of Heaven has been with us for a while – its music video was released back in March of 2019. It’s a pretty uplifting and positive piece with heavy religious undertones and an optimistic outlook. This is the type of material fans deeply love from their former Styx lead singer – songs that are very theatrical and powerful.

The lovely Made For Each Other is a great DeYoung ballad and Isle of Misanthrope is in the true epic style of classics like Castle Walls or Suite Madame Blue One of the odd Styx tributes on the album is the upbeat acoustic rocker There’s No Turning Back Time, which sounds a little too much like Crystal Ball.

The addition of Jim Peterik on the new music is a huge welcome. The Survivor vocalist compliments DeYoung in the same way Tommy Shaw and James JY Young did when Styx was at its original peak. Too bad they didn’t work with each other decades ago.

The recording genius of Dennis DeYoung will be sadly missed, but both volumes of 26 East are an incredible closure. 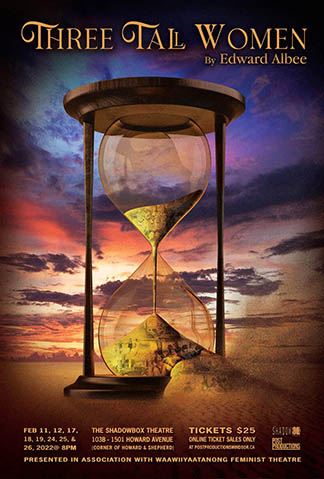